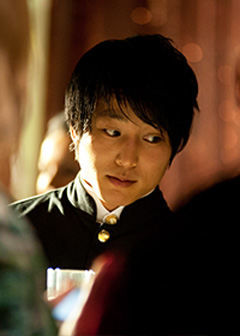 Chan Griffin helped many of the other cast members preparing for their fight scenes. And while he helped others perfect their stunts, Chan was working with stunt co-ordinator Reg Roordink and the stunt team to create some spectacular stunts for himself. These included being lowered onto a roof by parachute while firing a machine gun and doing backward somersaults through a closed door.

Chan admits that the back flip through the door was the most challenging with a narrow margin for error. “The first take was the first time we actually did it and it didn’t go well. I got stuck halfway in the door and was just hanging there like a seesaw,” Chan laughs at the memory. “

For Chan the martial arts aren’t just about the physical. They are about the spiritual. “The martial arts have guided me into becoming a better person.  There is a connection between the mind, body and spirit. It is a whole and they need to be in synch. That helps you pull off the stunts. You need to be able to believe in yourself.”