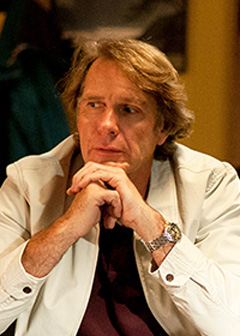 Robert Taylor had been working 16 hours a day, six days a week for nearly six months in the States on his US hit-series Longmire when his agent called to say David Parker wanted to meet him. All Robert wanted to do was have a break, but was keen to meet David.

The Menkoff Method also fitted in with his tight schedule. As soon as filming wrapped, Robert headed to South America for a feature film starring Will Smith.

In a career spanning 20 years, Robert has worked extensively overseas and in Australia in film and television. His recent credits include The Matrix, Vertical Limit, Killing Time,  Mr & Mrs Murder, The Healing and, of course, Longmire.

Over the years he has discovered the Australian crews are as good as any you’d find anywhere in the world. “This is my home and I love working here.”